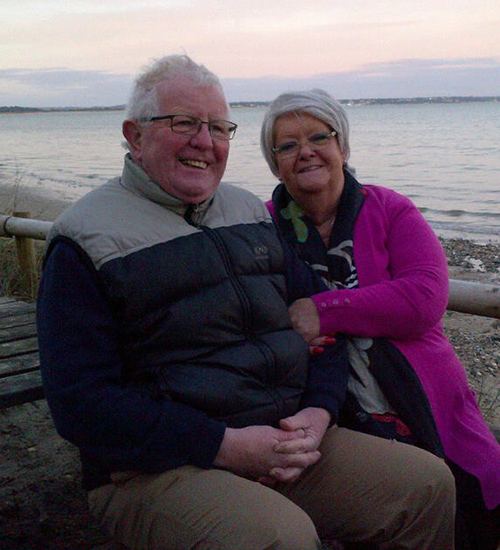 Trustees Peter and Shelagh Bagshaw have now been married for over 50 years. As parents to Ian, Gary and Dan they have immense pride in the success enjoyed by all of their sons. In memory of their beloved youngest son Dan, they have helped create something really special.

What started as a simple idea to help people in memory of their son, has led to a charity that is now celebrating its tenth anniversary this year . A charity which is helping hundreds of people every year.

Having spent most of their early married life running a fish and chip shop in Accrington, the pair now live in Clitheroe enjoying their retirement. The pride in the East Lancashire area and tenacity and drive that they have shown throughout their lives is clear in their roles as trustees.

They love nothing more than signing off on the ‘make a difference’ awards and following the progress of all the talent that they see as ‘Dan’s Army’!