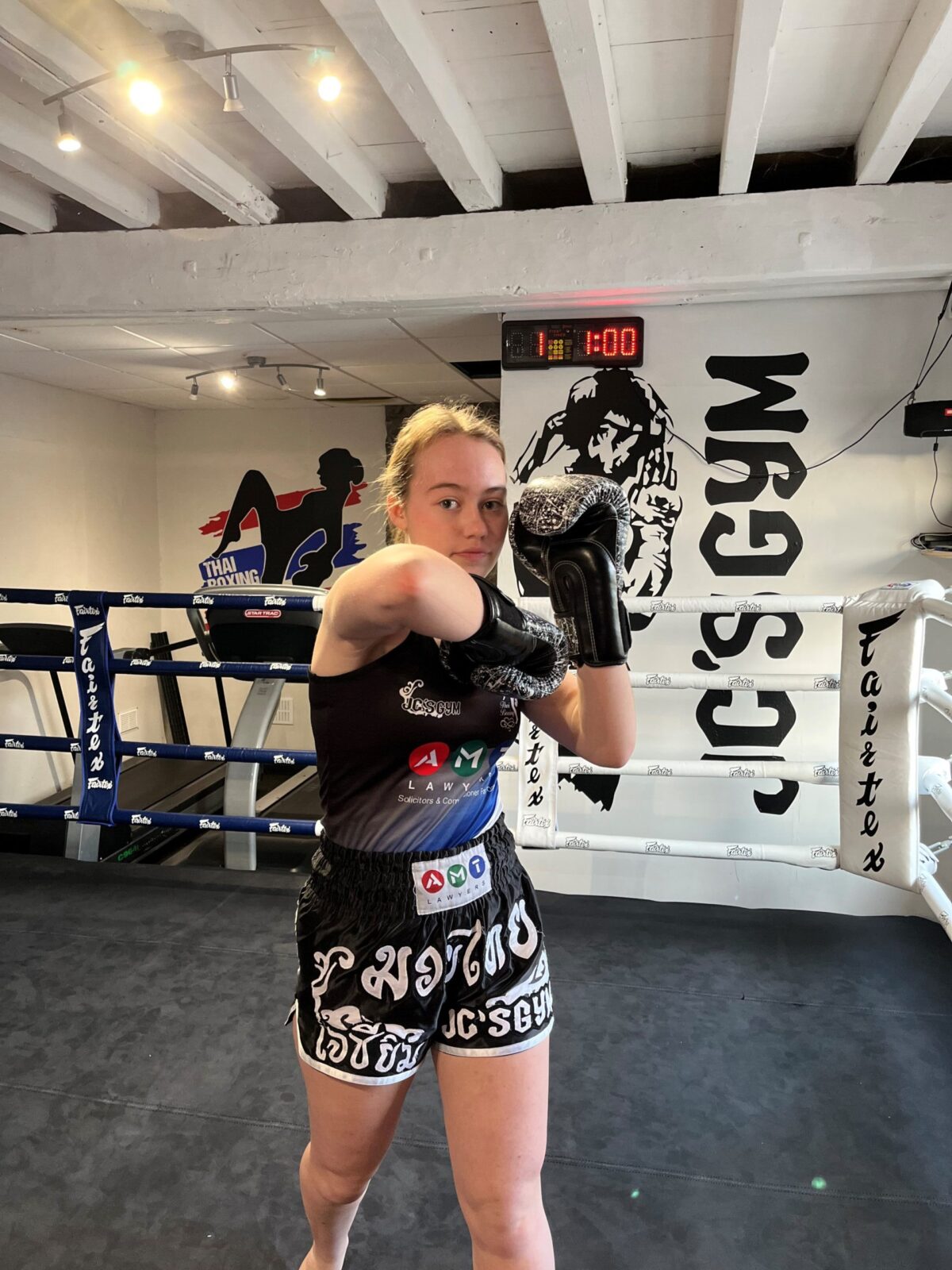 A teen Thai Boxing sensation is the latest Lancashire-based youngster to have been selected for one of our ‘Make A Difference Awards’.

Alana Hulme, aged 15, from Oswaldtwistle, has been participating in Muay Thai for over five years and currently racks up at least 15 hours of training per week. Now, thanks to a £1,000 donation from the trust, Alana will be able to compete in the The Unified World Championship in Italy later this year.

Alana explained: “I’m over the moon to have been selected for a Dan’s Trust MAD Award. The funding will help pay towards equipment and travel expenses for various fights, including the AFSO Unified World Championship in Carrara, Italy.

“The funding from Dan’s Trust will also go towards paying for my nutritionists who ensure I’m eating the right amounts for my training and get me in the best shape possible.”

Following in the footsteps of her mum, Nicola, Alana decided to turn her hands to Thai Boxing after trying martial arts and kickboxing first, but she never expected to really enjoy it.

Alana said: “To my surprise I ended up really liking Muay Thai and I have grown to absolutely love the sport over the last five years.

“I began with training just once a week but as I gradually enjoyed my sessions more and more I started to increase my time at the gym. I generally train five times a week, spending between two and three hours there each time, as well as helping out and teaching a ‘Tiny Thais’ class.”

And it’s a real family affair for three times British Champion Alana, who trains at JC’s Gym, not only alongside her mum, but also her dad, Gavin, and little sister, Emmie.

Alana (second left) with her family

“I absolutely love sharing this passion with my family, it makes it even more special for me when I win a title, as we all appreciate the hard work and dedication it takes to take home a belt.”

As well as being a triple British Champion, Alana holds the English Champion and AFSO Open Champion titles. The GCSE student is now at a high level for her age and is planning to compete in as many Thai Boxing competitions and championships as possible.

“My plans and hopes for the future are to get into the GB national squad and to represent my country across the world,” Alana added.

“Thanks to this extra funding, this huge dream feels one step closer.”

Alana’s story has been featured heavily in the Lancashire press. You can read further about her successes here and you can follow Alana’s journey on Instagram.